“The Past is a foreign country: They do things differently there”.

Why am I longing for the year 1984 like it is some quaint, simple and authentic nation that values loyalty and character?   Is nostalgia clouding my view and causing me to misremember this strange decade that is now viewed as “retro” by the Millennial and Z generations?

I blame this recent love and fascination with the 1980s on the popular Netflix series Stranger Things. I finished watching season 2 three weeks ago and it really has me obsessing about big hair, parachute pants, and the video games Pac-Man and Asteroids.

Movies seemed bigger and better forty years ago and we were forever changed by ET, The Terminator, Raiders of the Lost Ark, Blade Runner, Back to the Future, Ghost Busters and Gremlins.   The themes of good vs evil seemed more simple, sincere and powerful. Films were more about entertaining and less about lecturing.  The plots and characters seemed more fun and whimsical. Being an adrenalin junkie, I loved the intense adventure, risk taking and the fearless dedication to noble and sometimes scary causes.

I found myself pondering the question of why Stranger Things resonated so strongly with me and millions of others?

Being a proud and slightly older member of Generation X,  I reached back into my memory banks with the help of photos, high school year books and interviews with childhood friends.  From this I distilled the following four reasons for why the early 1980s were so totally awesome and how the Stranger Things cast and plot exemplified them:

The tight group of friends in Stranger Things had an important and secret mission on their hands and I related to the huge amount of Freedom they were afforded by their parents.   As a latch key kid with both parents working, I had large  amounts of time on my own where I could explore and be with my friends.

Unsupervised Adventures were another hallmark of growing up the in the early 1980s.  For me, the only planned or scheduled events were sporting events at school (or via a bus) during the week, orchestra and marching band practices.  Most of my memorable experiences were outside playing in the street, at the lake or in the woods. By far the most exciting adventures were spontaneous.

Defeating the demogorgon and rescuing Will from the Upside Down was the ultimate adventure in my book.  I loved how many of the parents in Stranger Things were completely oblivious to what their kids were up to!

The theme of Loyalty really hit home for me during Eleven’s strong expression/tantrum of “Friends don’t lie!”.

Mike, Eleven, Lucas, Dustin and Will had a strong and trusting bond of friendship that enabled them stick together, count on each other and accomplish their heroic mission. I identified with this sense of commitment as I still have loyal connections with a number of friends from my childhood and adolescence.

The concept of Character in Stranger Things resonated with me in two ways with two meanings. First, I loved the character development of the underdog heroes and the references to Dungeons and Dragons (D&D). I also felt a strong sense of virtue and moral code among the friends.  I dig more deeply into the D&D influences in my next blog ( part 2 of this series).

I can’t tell you enough how much I enjoyed Stranger Things. On multiple levels, for a multitude of reasons I became enthralled, reminiscent and excited. While I’ve always been a big Sci-Fi fan (Ray Bradbury rocks), there was something special about this mix of characters, plot and time period. It truly warmed my heart.

Seeing and feeling the loyalty, love and trust of family and friends makes we want to travel home soon to my small hometown so I can take a walk down by the water with my sister, brothers, nieces and nephews.

“The Past is a foreign country: They do things differently there”.

Stranger Things reminded me of just how different our world has become in the past 40 years and how lucky I was to grow up during a time of relative peace and innocence. 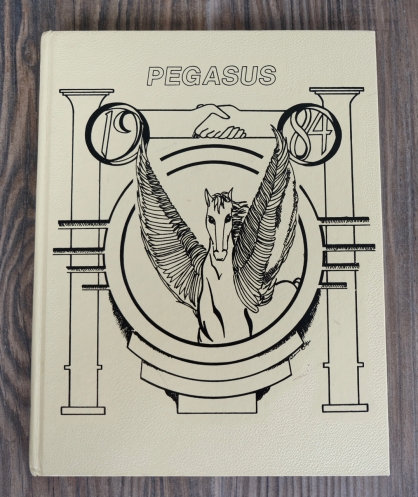 In Part 2 of this Series on Stranger Things and the 1980s, I’ll dive into the magical world of D&D which played such a pivotal part in the Stranger Things series to date.

I recently interviewed a childhood friend from Spotswood, NJ, Peter C., who shared with me his experience with D&D over the past 39 years and his thoughts and perspective on the early 1980s and the Stranger Things series.

Stay tuned for more tidbits, trivia and insights from a Dungeon Master!