Add a “Q” and I give you Brenda’s Audacious Quest!

I now have the courage to communicate an important message and mission that I hope will resonate with you.

I feel that my 25 years as an active Toastmaster member has prepared me for this moment and I’m happy and excited to get started on a new and somewhat scary endeavor.

Written as a full sentence:

Over the course of time I became aware of the bold action needed to go from Bowling Alone to Better Angels.

At this point you may be asking-  what the hell am I talking about?

What is Better Angels?

Simply put, my goal and quest is to help depolarize America.

I want to improve our country’s health, one conversation at a time.

Like many of you, I am saddened and tired of how divided we have become as a country.

Other reasons include my desire to:

I am an Organizer for Better Angels, a citizens’ organization that is uniting red and blue Americans in a working alliance to depolarize America.

So what does Bowling Alone have to do with this?

It all started in the early 1990s when I joined a bowling team called the Misfits.

I was living in northwest Arkansas in a town called Bentonville, the location of the world headquarters of my employer, Wal-Mart.

To blow off some steam from my intense data center operations job, I joined a local bowling league and happily knocked down some pins every week with total strangers.  We named our team the Misfits and we proudly wore dorky, self- designed black T-shirts with a cheesy silk-screened logo. I had nothing in common with my teammates except the love of the game and the fact that we lived in the same state.  I didn’t remain in Arkansas for more than a few years but I have fond memories of the strong and happy social connections we shared.  Although we may have differed politically, religiously and socio-economically, we bonded and cared for each other.   To this day, I still love to bowl and miss my Misfit friends in Arkansas.

The other major thing I did while living in Arkansas was join Toastmasters International.

My first experience was in a club called “Words R Us”. It was a diverse and jovial group ranging from southern Baptist preachers to Italian-American transplants from New York.  We all learned from each other and developed a wonderfully supportive culture of tolerance and inclusion.  The club was a true melting pot of ideas, styles and perspectives where everyone was welcomed and all views considered.  I remember enjoying the nights when we held actual debates in a point-counterpoint format.  Pastor Willie Brown was my favorite club member and I always enjoyed listening to his impassioned speeches even though I often disagreed with his point of view. His big smile and hearty laugh were many times the highlight of my week.

Another important and impactful memory I have is from a speech I gave in 2005 while I living in San Diego.   I was the Test Speaker at a Toastmaster Evaluation contest and the title of my speech was called “Bowling Alone”.  I remember using my bowling ball as a prop and discussing the importance and benefits of participating in bowling leagues and other community groups.  While stressing the importance of bridging social capital and community involvement, I lamented the fact that fewer and fewer people were joining and attending local clubs and events and this was having a negative effect on our country’s civic engagement.  My speech was inspired by the book by Robert D. Putnam titled “Bowling Alone: The Collapse and Revival of American Community” and focused how the reduction in all forms of in person social activities has caused a decline in social capital.   My message was powerful and I recall many people coming up to me after the speech to express their thoughts and concerns on the topic.

Five years after giving the “Bowling Alone” speech, I found myself living in Littleton, CO and a member of the Columbine Communicators Toastmasters club.   There I was again impacted and inspired by the events and people in the local community. The opening words of my presentation that cold day in 2010 were “another school shooting”.   My husband filmed this sober speech with its bold call to action and shared it on YouTube where it has been viewed 3,935 times.  The title of that speech was “Bowling Alone: How to Rebuild our Communities”.

It’s 2019 and our country’s civil discourse is at crisis levels.

The intense amount of polarization is startling to this socially engaged joiner of Toastmasters clubs across the county.  I never imagined that the United States of America would become so divided that friends and family members are not speaking to each because they support different political parties or candidates.

So here I am with my bowling background and public speaking experience, ready to try to bring people together to learn how to communicate again.

My audacious quest is simple yet lofty.

I want to help build bridges and real live connections to overcome our culture of contempt.

I want to help people to see the human faces of their family, friends and neighbors.

I want to help provide a safe environment and forum so people can begin to listen to the shared values and stories of those with whom they disagree.

I want to provide the skills and training for people to have productive conversations.

I want to bring together reasonable people of goodwill to have a sincere dialogue and a healthy competition of ideas.

I want to face fear and contempt with jovial strength and warm heartedness.

I want to listen and find common ground.

I want to disagree without being disagreeable.

I want to live up to Abraham Lincoln’s words below and be a Better Angel.

“We are not enemies, but friends. We must not be enemies. Though passion may have strained, it must not break our bonds of affection. The mystic chords of memory will swell when again touched, as surely they will be, by the better angels of our nature.”

My name is Brenda Smull and I am organizing a free Communication Skills Workshop in Phoenix, AZ on June 15th, 2019.

Please spread the word and let me know your thoughts on my audacious goal. 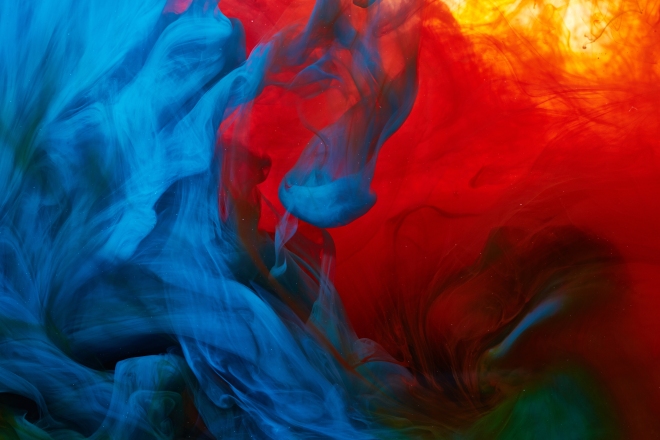